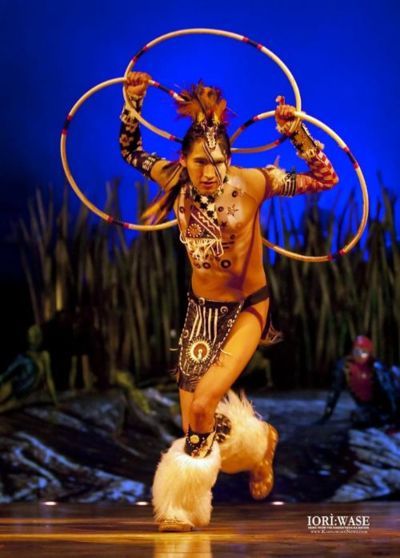 Of Amor, ‘loving’, American, in high, 'resodance' (resident in resonance)steeped in unconditional love, the highest emotional love in evidence

one who can turn reservations of, love, into, ‘amor’, complete, restoration, of resonating, residence, and, the powerful, lore, of,

‘Letting Go, Loving, and Emotional-Forgiveness’, within an, 'emotional rescue', of its, residents, everyone, passing on, removing, indignation, while adding, peace, and reconciliation, for,

‘amor’, loving, state, of person, living in, ‘amor’, loving nation, leading to, ‘amor’, loving world, which is, relatively, just a, fleeting, weigh station, the last detention left to mention, before moving on to many final, frontiers, of out of this world, dimensions.

Amorican; any American who can still have lots of Amor, love, for self, and for country, is an, Amorican, standing, respectfully, in the middle of a sacred, 3 corner, Tree Of Life, triangle, representing, the mind body and spirit, of people, with the combination of polarities, having the potential of providing the key to a new doorway opening, of thought, and emotion, a balance, of love, power, and wisdom that sets in motion, the notion that no matter, one's devotion, or life strife-commotion, an Amorican, can never forget those who lost their lives to be free.

And so with the union of the one and two, which equals an interlocking, Volknut, triangle of 3, representing, reincarnation, a talisman against, evil, and the 9 points, interlinking the triangles, is symbolic of the interconnectedness in realms, of 3; Heaven, Earth and Hell, and the,

‘knot of those fallen in battle’, their transition from life, to death and back again, like the souls massacred at, Wounded Knee, descendants, who fell, are still here today, contributing to the restoration of America, the ‘Amorican’ way; with love and forgiveness, sprinkled with prayers, and a little tenderness, is an Amorican, Indian’s, circle of courage, kind of play.

Within the triangle, is a, totem pole, a steeple (all seeing eye), and an American flag, representing a diverse group of,

The first group; a ‘tran’(transcending tribal-Amorican, clan of 800, native Indian languages and their descendants)

The second group (American Flag) a ‘tran’ (of all the other settlers from around the world which now comprise all of the remaining non-native, Americans).. together, transcending,

living side by side, like a harmonic, Bonnie and Clyde, a dynamic, ‘duo-wuhi’(uwoduhi x 2), with twice the uwoduhi, energy and, ‘beauty’, is ‘huwi’(hui), truly are,

and ‘How’, we can chime in a higher, positive, vibrational, state of mind, more, ‘sound’,

spreading sense and goodness like a meteor shower of bright, Leonid, shooting stars,

making, leaps, and bounds, by way of a more balanced, charged, corpora, of higher vs lower, lighter, vs darker, thoughts and, “sounds”.

As an “Amorican”, in, 'resodation;(resident, in high, chiming, resonation), I can understand that we are not perfect, and have lots of issues, are in deep turmoil, clogged down, with crappy, foul words, that are corroding our youth’s brain, like dead weeds, vs the fewer, higher vibrating, words, that we really need, for better thoughts and better deeds, so to positively gain, but a negative asymmetric, imbalance has lowered our country’s vibrational, frequency, and on top of that, we’re experiencing a, deficit of real world, heroes, since ground zero. And so we still bleed, stuck in a dirty, swampy chaotic, atmosphere, of greed and mud.

Although it may look and sound like a work in, ‘progmess’,

I can still have love, as an Amorican, simply because we are constantly trying to improve ourselves, desperately trying to correct a hyper-sphere vibration that has been out of whack for quite some time, washing out all the white house crud, with the intention of starting a, ‘chima’ wave, ‘chimate clange’, a better, climate of higher, vibrating words, that, ‘chime’.

As an Amorican, I can have love for this, as well as having love for, freedom, liberty, and the right to fight for justice, the pursuit of happiness and eventual, world bliss, and can have love for the freedom of being able to create, and to choose, love over hate,

I can have love even at times when I feel I can’t cope, because I haven’t forgotten the love I have for my,

Amorican, Indian, brethren, knowing what they went through, so I can have love for hope, and

I can have love for their ability, to see things more positively than it appears, even after enduring a genocide hell, Trail of Tears, that lasted, 500 years, stripped of spirit, and way of life, through all the tragedies and,

I can have love for how the native, Amorican Indians, can forgive the trespasses of the past (and present)also forgiving all the treaties that were broken, and not only do they put it in the past, they open their culture for all who feel compelled to join them, year by year, like a, peace-pipe, wind, chime, of love, pow-wow, open invitation, symbolizing; “You are always welcome here”.

If they can still, have love like that, living, harmoniously, in America, somehow making the best from what they lost, from the love of forgiving, transgressions of the past,

then how can anyone not want to be an, Amorican, one who can still have love for, ‘America’, native American, and, ‘Americans’, chiming together, like, chimates, in resodation, moving forward, not living in the past, but in the now, spreading higher vibrating words, like the good chiming vibrations, of a, Choctaw-Apache, pow-wow, for good thoughts and good deeds, with love that last, is how we will proceed to succeed.