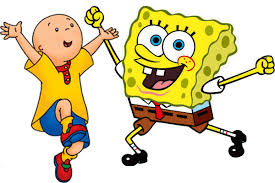 nodeatager n(nod-ee-tayjer) euphemism for the, 'pre-pubescent', ager, between, a 'toddler and teenager;  giving a 'nod', of approval, for a tager's, good behavior.

like a tertiary, ‘DEA’, ‘home schooled, give the kid a 'nod', ‘leapdoma’( a leaps and bounds, from first sounds, home issued, diploma), a degree, higher than toddler but lower than teenager, with a post baby, larger body, soma, already walking, but tending towards, ‘nodding and eating’, over talking, still searching for their, ‘nodus’ operandi, so the parent allows the, 'nodeatager, the freedom to untie their own complicated knots, so that they can discover their best, ‘node’, to success, by going through all the do's and do nots.

And with the right, 'NOD', Nector Of Devotion, from the parent, encouraging and guiding, early on, builds the tager's ‘NODEA’(Non-Linear, Differentiated, Equations and Applications) brain ‘capacity’, like a ‘computer who wore tennis shoes’, digesting and discerning a myriad of new information, still incredibly sensitive to external stimuli and wired to learn, like a sponge B, but also starting to actively make sense of all they’ve absorbed, eating and digesting, large amounts of sustenance-knowledge,like a voracious, modern day,word devouring, Jurassic, Nodosaurus, dinosaur, called, Nodothesaurus, in sponge ‘b’, NODE(New, Oxford, Dictionary, of English).

tager n; the time before becoming a teenager

NODEA; sounds like, ‘naughty’, but, ‘nodea’, is actually a developing mind, like a ‘computer who wore tennis shoes’, trying to solve, a broad range of, Non-Linear, Differentiated, Equations and Applications; learning things with a high degree of flexibility and freedom

bronge n; a ‘sponge brain’, aka sponge ‘b’, the most absorbent OG under the sea, one who is not square, lives in the coolest lair, wears the best clothes, pants down, is a brave, not yellow, hanging out with the coolest of friends, kind of fellow, not a no neck, square clown

nodus; a problem, difficulty, or complication.

A child's brain is incredibly sensitive to external stimuli as it wires itself in response to his or her environment. This plasticity means children are like sponges soaking up their environmental cues and experiences --- for better or worse

In short, we could explain the two types in the following way: Linear Learning is often a highly directed, controlled and program-centred approach. ... Non-linear learning, on the other hand, is much more flexible in nature. Learners learn by exposure to different topics over time with a high degree of freedom.

The knot, intrigue, or plot of a dramatic work

tager; tag name for a child before becoming a, ‘teen’ager…

tager; to fasten a device on a child in order to keep track of where they are because at that age the child can be quite vulnerable, an easy target for, predators

so hows your, 'pre-pubescent' son doing?

I prefer, 'nodeatager', over the word, "pre-pubescent", preshaver, to describe the age between a toddler and a teenager, the, 'pre-pubescent', 'pubic hair', tag is not too swag, doesnt really work for me......Its like if I asked you...  "So, hows your 'pre-titlescent' daughter doing, is she ready to take a trip to titsberg yet ?

Ok, I get your point!