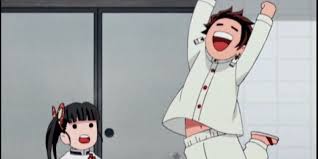 ; while fully stretching out one’s arms in a victorious manner, celebrating by saying, "culapedante!", as if scoring a, ‘goal’ because of experiencing the sudden, dawn of understanding something, extremely difficult, for the first time which enlivens the soul, like getting through a, ‘9 circles of hell, Dantes, journey’, finally released from its gurney, ie, an annoying calculus problem taught by a very pedantic, yet caring teacher

culapedante; CULA; C U Later Agitator!!, saying goodbye to a particularly, agitating problem; a fired up, ‘goodbye’, to, ‘yawning’(something boring), and a much welcomed, hello to a new, dawning(finally understanding something which makes it more exciting)!

culapedante; a cool way to arrive at something; a ‘tough’ but, ‘cool’, journey, with a rainbow at the end.

culapedante; a cool, PED; Post-Election-Delight-ment, which ‘ups the ante’, sweetening the pot, of a population, all because of electing the best person to lead the nation

ante; up the ante, raise the stakes

To make something more desirable.

dawn; to begin to be understood or realized by (someone) for the first time The solution finally dawned on him. It suddenly dawned on me that I hadn't eaten all day. It began to dawn on her that she was lost.

To fully stretch the torso and upper limbs, typically accompanied by yawning. 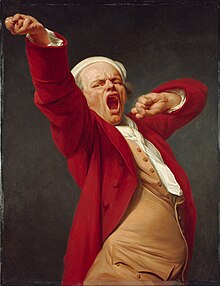 If you've ever awoken in the morning, yawned, and stretched your arms, you've experienced pandiculation

Use the noun pandiculation to describe the particular sleepy combination of yawning and stretching. The Latin root is pandiculari, "to stretch oneself," from pandere, "to stretch."

Oh yes you do. Remember the last lesson?

Good. Then think about what happened then and then try to figure it out on your own using doing it the way we did combined with any other way you'd do it....

"An EATCHER is an 'E'xemplary teacher, one who will 'eat'cher your lunch if you dont pay attention... and if your lunch is no good, the eatcher will give you detention!

But thats only because he really truly cares....

an EATCHER is one of the best kinds of teachers, in contention..  "