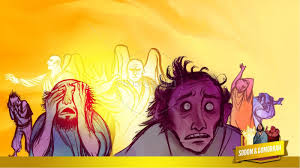 godom somorrah (got em some more ah!!)  if the demorats win, it’ll take us all the way back to ‘Sodom and Gomorrah’, doomed to destruction, a last Christmas, within a year, everyone unemployed, living in a gody, dirty outhouse, nothing left to cheer, a thick fog would cover the earth, and like slicing up, every, man, woman, and child into mincemeat, they’ll be no more births, it’ll be the end of life as we know it, not only the Republicans, but the entire world, would blow it

It has approximately 300 speakers, the majority of whom are middle-aged or older and live in the municipality of Inari. According to the Sami Parliament of Finland, 269 persons used Inari Sami as their first language. It is the only Sami language that is spoken exclusively in Finland.

What would it look like if the Dems took the house??

It would be a, 'godom somorrah', good harm, sad, moron, Butti-gig, re-Pete, Of Bill and Hillary, Biden their time, on Epstein Island, livin it up, partying, puttin on the ritz......... until the meteor hits!