Dedicated to ICE CUBE and the GEORGE FLOYD movement 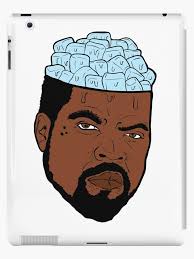 cubeatins rath; as a mantra, 'keep an ice, 'cubed', cool head, while at junctions of cross roads, ahead'

cubeatins rath n;  within the ancient,'cube', principle, the changes and fluctuations, ie; beating someone to death in public while they are already(cubitans)'lying down', cuffed, and hurt or fatally shooting an officer of the law who is just doing his job is equally cursed, an eventual, Indian, warrior like, consequence and condemnation; retaliation that is, Biblically, cubed, 3 times as worse. And in an, 'ice cold, world', a cube, like, 'turning a cheek', always, "stays cool', and is, brave, meek, but never, "weak".

Before choosing to go down a 'cubeatins rath', you better stop and think, do the math, less you dont mind the wrath ....

‘cubeatins rath’ is a phrase, denoting the various realms of brutality and misconduct, of anyone who inflicts harm on someone, unnecessarily, because of thinking they are, above the law; untouchable heroes, protected by the immunity of a chiefs, fortified, rampart, and it’s biased rules, which minimalizes the liability of the department's, most dangerous, crazy fools, and there are always some very bad apples, in any most righteous Sunday school, including, any bad gangster, thugs or wicked, gun toutng, murderous gouls, a cubeatins wrath goes both ways, equally, like a cube

While the cube is obviously physically-different than a cross, symbolically they are identical. Take a (2D) cross and fold it into a 3D object. What do you get? A cube.

“A cube is an ancient symbol often associated with, rational mind of a man. It is a symbol of completeness, solidity, and durability. However, the stability entails changes and fluctuations. Throughout human history we have witnessed major social, economic and political changes and transformations.

rath is a Sindarin word meaning "street (in a city)"

I can't believe, theyre letting me film their, blatent, brutality, against a guy whose already, handcuffed, hurt and down, it's like their above the law in some unfair, cowboy, circus town!

Ya, its called, 'cubeatins rath'!, those who come from, 'hate', will beat you till u cant breath, but what theyre really doin, is sealing in their own, fate, where the aftermath is sure to stur up an even greater, 'wrath', like an Apache cochice, cubed, times the power of 3, eventually exposing and scalping those, 'rotten apples', like you'll never believe!

spantrosed from the letters in the phrase, I cant breath/U cant breath