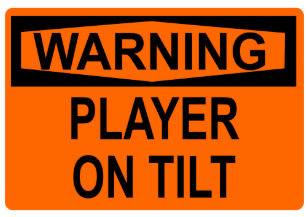 betillter n (be-tilter); one who belittles to a tilt; an extreme belittler who constantly puts down someone else's play, until they're on tilt

The definition of “belittle” can be easily surmised from the two words that it is made up of, “be” and “little.” Said another way, belittling is language or behavior that literally makes someone feel small, unimportant, inferior or minimized. While it’s easy to understand what belittling is, it is harder to identify it as a verbal and emotional abuse tactic because unlike shouting and yelling, belittling usually happens in private and becomes a pattern of abuse over time.

How about playing at this table?

naaa, that guys a professional betillter, and I don't wanta go on tilt

how can you tell hes a betillter?

Because I can already hear the, 'belittling tilt', in the belittler's voice, he's definitely an, 'Adolf Belittler', a seasoned betillter!!

belittler; one who belittles