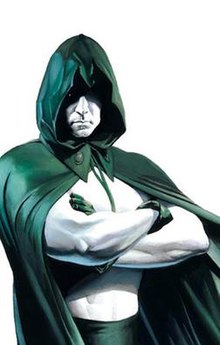 visudante n; a visualante, real, dante super hero, one who either prevents a mass shooting caper via a (‘capa cee-tee’, ‘see and tell’; visus; ‘the power of sight’) or one who sacrifices their own life to save another during a mass shooting

visudante; one who has survived a mass shooting, or lost family or friends, stripped of everything but refuses to give up, and then fights on with even more determination to help fully conquer the mass shooting copycat dilemma/phenomena

visudante;one who tries to help save lives during a mass shooting

1.    (transitive) To give, to transfer the possession/holding of something to someone else.

"The lack of news coverage allows left wing media outlets, such as Mother Jones which should know better, to falsely claim: "In not a single case was [a mass public shooting] stopped by a civilian using a gun."

Let’s look at some of the recent cases that should have gotten some national attention.

-- New Holland, South Carolina: Earlier this month a man started firing a gun and threatened to shoot into a “crowded fire station parking lot full of children and firefighters.”  Fortunately, two volunteer firemen at the scene drew their permitted concealed handguns to stop the attack.  They forced the gunman to put down his rifle without them having to fire a shot.

-- Chicago, Illinois:  More than three weeks ago, on a Friday night, an Uber driver stopped a man who opened fire into a group of people on a Logan Square busy sidewalk.  According to Assistant State’s Attorney Barry Quinn, the Uber driver, who had a permitted concealed handgun, “was acting in self-defense and in the defense of others.”

-- Philadelphia, Pennsylvania: In March, NBC Channel 10 described how “Police say a man likely saved the lives of several people when he shot and killed a gunman inside a West Philadelphia barbershop.”  As luck would have it a concealed handgun permit holder was walking by the barbershop when the attack started.

-- In Darby, Pennsylvania outside Philadelphia in July 2014, a convicted felon, Richard Plotts, opened fire in a hospital, killing a caseworker.  Fortunately, a psychiatrist, Lee Silverman, had his own gun and returned fire, hitting Plotts three times and critically wounding him.  After Plotts was killed, he still had 39 bullets on him, bullets that he could have used to shoot many other people.

Other recent cases involve permit holders stopping shootings in malls, churches, stores, down city streets, and outside courthouses.  Permit holders have stopped knife attacks as well as attacks with guns and bombs.  They have saved police officers lives in these attacks, such as a case in Early, Texas.

There are probably many more cases, but nobody knows for sure as many news stories probably don’t mention when a permit holder has stopped an attack.  Even when dramatic cases get news coverage there is often only one story mentioning a permit holder stopped the attack. The website for the Crime Prevention Research Center, where I serve as president, has a list of cases.

Between stopping attempted mass shootings or scaring off potential attackers, there is a reason why, with a couple of exceptions, all the mass public shootings in the U.S. keep occurring where general citizens can’t use guns for protection.

Of course, the unwillingness of the media to give cases where mass killings have been stopped news coverage is only part of the story.  Defensive gun use stories of any type don’t get news coverage on ABC, CBS, NBC, and CNN.

Local news coverage is better, but even that often doesn’t do a very good job.  Earlier this month a permit holder saved a police officer in Oklahoma City, Oklahoma who was being savagely beaten by a burglar who taken away the officer’s baton.  Even there it wasn’t until the third day of local media coverage that one of the local TV stations briefly mentioned the heroic permit holder in a single paragraph.

The gun debate would be dramatically different if the national media carried even some of these dramatic stories.  Covering these cases would not only give these heroes the recognition they deserve, it would also give potential killers second thoughts before they attack.

John R. Lott, Jr. is a columnist for FoxNews.com. He is an economist and was formerly chief economist at the United States Sentencing Commission. Lott is also a leading expert on guns and op-eds on that issue are done in conjunction with the Crime Prevention Research Center. He is the author of nine books including "More Guns, Less Crime." His latest book is "The War on Guns: Arming Yourself Against Gun Control Lies (August 1, 2016). Follow him on Twitter@johnrlottjr.