Maimed in America; a Mass-shooting hysteria, desire to be, ‘maimous’(mass-shooting, maim,fame); A country with more mass shootings than any other country in the world because of reaching a certain capacity

any place, or country that has reached its capacity to handle its own civilians due to a variety of factors such as, gun control failure, easy access to guns everywhere, millennials not marrying until much later, a widespread chronic gap between people's expectations for themselves and their actual achievement, suppressing oxytocin, taking more anti depressants, no face to face human interaction, mixed with alcohol and other drugs which creates a copycat phenomena; a fanatical, psychotic desire to be ‘maimous’; fame from mass murdering noteriety

cap-asscity n; of a certain, very dangerous capacity where one is compelled to just start ‘ busting caps’ (shooting people)

(CNN)When it comes to gun massacres, the United States is tragically exceptional: There are more public mass shootings in the United States than in any other country in the world, according to a study published recently.

the number of mass shootings in the U.S. has skyrocketed

Home on the Range with Mamous and Andy

Andy; 'hey billybob whats u doing der with dat 'gamera'(gun/camera)? R u going to a shootin?

Ya, you can call me, 'Maimous', on my way to a shootin range to be famous... that hotel over-yonder looks to be in good range..top of the world ma, thank God Im livin in cap-asscity USA! Ive reached cap-asscity, im gonna be maimous!! 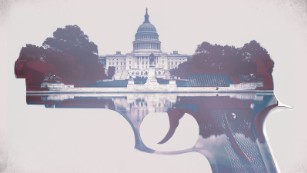