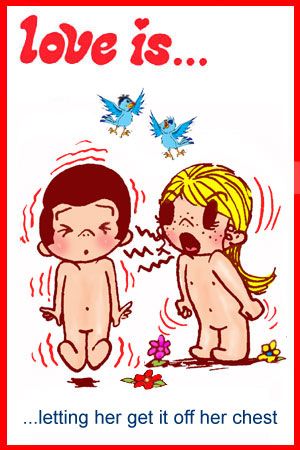 carah; crazy in love, marah(anger); to be angry at someone you regard as precious, the angrier one is, the more love they have for them

If one is carah at the one they love, and then able to apologize for being,

A ‘Crazy, Angry, Rude, Ass, Hater’ which actually equals to = ‘love’, as the word, ‘cara’, actually  means ‘love’ and “friend” in Irish, its hoped that they will be forgiven by the one who is hurt and ‘marah’(angry) and can at least still be friends with the one who lost it and got crazy in love, ‘carah’,

chayamuy   is a Quechua word

(Runasimi / Qhichwa simi) Quechua is an Amerind language with about 8 million people in Bolivia, Peru, Ecuador, Colombia and Argentina. Quechua was the language of the Inca empire which was destroyed by the Spanish in the 16th century.

chayamuy; to arrive; to arrive at the realization that you were a “RAH”

As so you ask for forgiveness, for nothing in return

Cara is a female given name of Latin or Irish origin.t has been frequently used mostly in recent times, especially in the 1970s 1980s and 1990s. Kara, the alternative spelling, is from the Cornish word, meaning love.

When love involves an initial state of bliss, it can later make you feel sick or crazy whether or not the object of your affection has left your life. Bliss is an emotion that people seek. A surge of extreme pleasure and rapture is felt when it is activated, and you seem to transcend your self or merge with another person. Bliss is often felt as love, sensory or sexual pleasure, anticipation of high excitement, or a meditative state (Ekman, 2003). Perhaps its evolutionary purpose was to attach people together regardless of rational thinking. When a blissful state is experienced, such as in an intense romantic encounter, the craving and need to recreate it can be powerful.

Some people are tempted to compare a current long-term relationship with one that potentially can activate, or has activated, a blissful state involving sensual pleasure. Comparing a person with whom you have had a long-term relationship to someone new, unavailable, or forbidden who activates bliss in you makes a reasonable assessment impossible. Psychophysiological responses that are commonly experienced in those who are possessed by new love include highly pleasurable experiences of euphoria and increased energy (Fisher, 2000). Bliss-triggering attraction is associated with altered brain chemistry such as increased levels of dopamine and norepinephrine, and decreased levels of serotonin, all of which return to normal levels between 6 and 18 months into a relationship (Fisher, 2000; Marazzitti, Akiskal, Rossi, & Cassano, 1999).

Longing to be with the one with whom you anticipate experiencing a blissful state leads to thinking that is obsessive and distracted. I've seen many people in my practice who are lovesick because they cannot be with the object of their passion for any number of reasons. Most of the time it is because the one they profess to love happens not to be the person with whom they are partnered or is someone who is inaccessible at the time.   In such cases, being lovesick is a state of being caught up in the fantasy that the passionate love they experience in stolen moments can exist forever in reality. Stolen moments in a blissful state, such as in an affair, simply create physiological responses perpetuating a belief that, in the long term, the impossible is probable. Eventually, however, it can make you sick or crazy even though it begins on an intensely positive note.

Although I have not conducted a formal study, decades of clinical experience has convinced me that a variety of situations having to do with blissful love can produce emotional and physical illness. I am most struck by the confluence of autoimmune disorders when people are involved in blissful relationships that are wrought with conflict and ambivalence. At one moment the partner is sacred and the object of a blissful experience, yet the next moment he or she is the trigger for anger and pain. I don't have proof, and such proof would be difficult to obtain, that such love makes people sick. Nevertheless, I have witnessed numerous accounts in my practice of people who become sick from a blissful love relationship that is intermittent or has turned bad, particularly in those who are involved with narcissistic partners.

Addictions and relapse from addictions are not uncommon in those who are in an intensely blissful but conflicted relationship, or in those who are attempting to recover from one. Longing, grief, anger, shame, or guilt represent emotions that may be activated in the aftermath of a relationship that was colorfully painted by bliss. Addictions mask the pain of an ambivalent relationship or from the loss of bliss, and they hide the longing to experience the blissful state again. In her research on the neurological effects of withdrawing from a romantic (blissful) relationship, Helen Fisher (2004) demonstrated that such experiences ignite regions of the brain that are similar to withdrawal from a cocaine addiction.

Such illness is not limited to the romantic pair, but can also extend to a partner who is neglected or devalued because a known or unknown third party infiltrates the partnership. Imagine, for example, a married man who is involved with a woman other than his wife. Although consciously his wife may not be aware of the existence of the other woman she will unconsciously pick up cues because she is treated differently by her husband, and because he behaves differently, in spite of his efforts to do otherwise. Unconsciously or consciously people become aware of infidelity. They may not want to acknowledge the indicators but their blood pressure may rise or their immune system may become compromised. They may also suddenly pay attention to, or engage, the wandering partner when previously their attention was waning.

People also become sick of themselves when they are addicted to intermittent blissful experiences in a relationship. They make excuses to themselves, as well as to their friends and people who do love them, in order to stay in a relationship that is also disturbing or disruptive to them. Intermittent bliss in such situations may be the most lethal of doses. It is reminiscent of an early experimental psychology study about intermittent reinforcement; in this case, regarding pigeons who received a food pellet when they pecked on a red dot. Those who learned to expect the delivery of a pellet at consistent intervals limited their pecking. However, when a food pellet was delivered intermittently and unpredictably, the pigeons frantically and crazily pecked at the dot. When it comes to seeking bliss, humans may not be any more evolved than pecking pigeons.  As a result, the craving for blissful love can make you sick or crazy.

For information regarding my books about emotions: http://www.marylamia.com (link is external)

This blog is in no way intended as a substitute for medical or psychological counseling. If expert assistance or counseling is needed, the services of a competent professional should be sought.

Why you so down, so marah?

Because i wished my 'carah' had more cinta than marah, now i must minta 'cara', apologize and ask for forgiveness, go the easier, softer, sweeter way, where you prove you really love a friend ....