poor-flay or poorflayed v; to ‘get flayed’(metaphorically) instead of, ‘getting laid’; no longer able to click with one you thought was your soul mate

When a lover starts to pester and or criticize, until their victim is severely, ‘over roasted’, destroying any, ‘hot’ mood there was of ‘getting laid’ any more

poorflayed; when the foreplay stops, and turns into poorflay, the love starts to hurt as if giving yourself up to be flayed, the love one thought they saw in their lover was really just a mirage, realizing theyd been played and flayed alive, all along

poorflay; insensitive harsh hammering, ‘peavey-hitting’, activity that precedes sexual intercourse, void of any sensual, ‘heavy petting’ stimulation that seemed to be there at the begining of the relationship(but was really just a bait) which is a clear indication or warning that one should immediately end the relationship

The profile of a poorflayer slayer is usually a guy who starts out baiting their victims by acting like the perfect guy but then starts turning into an inconsiderate, selfish, "apeman-asan"(quick, hit and run, mean sex, without any, foreplay) type of lover with a personality that jumps back and forth like a dr jekel/mr hyde, tool; a psyco or sociopath whose gorilla bullying, narcissistic, king kong, never wrong, attitude, becomes so well known, that eventually he can’t even bait a street hooker

peavy; being on a whole different level. it cant even be called a normal word with just one meaning. its too complicated urban dictionary

insecure, jealous, low-life. Very manipulative and will go after anyone who gets in his/her way. Also known to be abusive and sociopathic.

"You know that guy I used to date? He was a Peavy". Urban dictionary

a tool an offensive comment, mainly aimed towards the male of the species, when one is being particularly nasty, stupid, or facetious urbandictionary

flay v; to criticise someone or something in a very severe or cruel way

flay; to remove the outer layer of something, usually the skin of an animal

flay; to be skinned alive(metaphorically)

hun please let me in, ive changed, ill do anything you want, im sorry for all the poorflaying; the wicked hurtful things i did to u!! If i promise to give you the long foreplay you like, then will you let me in?? 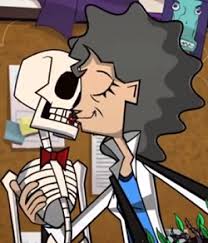