sharin stoned v;  "sharin" weed and getting high with your bowl mate

sharin stoned;  sharin a, 'pow-pow sesh' with a friend in silence, while just watchin the wheels go round and round, and really loving to watch them roll, no longer riding on a merry go-round so you're without a ho, but youre happily sharin herbal 'endol' with a friend, and never ever diggin the blow

gesamt kunst werk; a 'complete piece of Art work', 'Universal Artworks', 'synthesis of the Arts' all embracing art form is a work of art that makes use of all or many art forms or strives to do so, eg elements of music, drama, spectacle, dance, comedy, mala-propisms-spoonerisms, anagrams, linguistics, spantrosing and web-stiring , to the language a dolphin uses in order to communicate, sing, pray and love 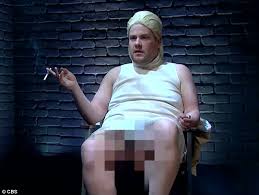 Ya, cause u be sexy Sharin and your thingy has 'showned'!!

Ok guys thanks for sharin, they said this stuff is so good we'll actually be able to see Sharin, but we gotta get really stoned and wish for her really hard guys!! OK??!