najm; Arabic word for “star”; Najm is also the male version of the name, and Najma is used for the female

Note I created this word while working for the Royal Saudi Naval Forces in Dammam Saudi Arabia, sponsored by the US and Saudi military, teaching English to cadets and high ranking officers. An incredible experience indeed.

And “najmoon” was the first word I ever created using my spantrose word creation system.

So I dedicate Najmoon to my Saudi superior officer named, “Osama”(not Binladen :) because he was not only a great officer and boss, as well as being the most kind and down to Earth gentleman during my 2 year stay in Dammam, he was also the one who gave me the Arabic word that I spantrosed in order to create “najmoon”.

Baby, you really make me najmoon!!

Im crazy in love with you too honey!! 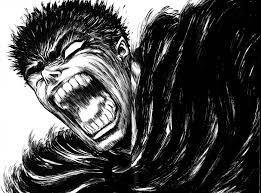 I have to admit I was a bit concered even a little scared as Osama insited that I spantrose the Arabic word for crazy ‘majnoon’ which is used mostly as a negative word, and there is no colloquial parallel, positive idiomatic or slang meaning like the English phrase, ‘Im crazy for you’. I didn’t want to cross any haram boundries, breaking some rules by creating the wrong new word that would, put myself in some kind of sacreligious, jeopardy or detention.

Fortunately, at that time(around 2009) Osama really liked the new word, najmoon, its positive meaning, and the whole concept of how it was created, as well did another incredible Saudi, gentleman named, “Jaber”,  who I also include in this dedication. Many of these highly educated Saudi men who graduated University in San Antonia Texas addressed to me the current Arabic language loss issue, mentioning how many Arabic words are being lost because some Arabic parents are encouraging English to their kids over their own Arabic. So, naturally they really understood and liked how lost words can be used to create beautiful new words and also as a way to help people remember beautiful ancient words that many people just don’t use anymore.