Trumpotage; any attempt to sabotage a clear winner that back fires, e.g Mitt Romney and the media's self sabotage trying to destroy Trump

Even though Trump continued to Trump the competition, pundits, the media and fake news predicted the winning billionaire property mogul's brand of self-promotion would be self-sabotage. But the longer they tried to attack and sabotage him the stronger he fought back to trumpotage

“From the get-go, the mainstream media has been trying endlessly to sabotage Trump by painting him as a racist, misogynist, traitor, and with some outlets going as far as to comparing him to Adolf Hitler.

Through firing back at the predominantly left-wing mainstream media on various talk and radio shows, debates, and on Twitter, Trump is saying what many of the Republican presidential hopefuls feel to be true, but are too afraid to say themselves. This in turn, has kept the Trump momentum meter so high for so long”.

You know, there was a time many years ago, when news reporters at least pretended to be impartial. Hard to believe isn’t it?" 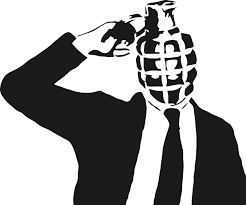